Here's what I'm working on: 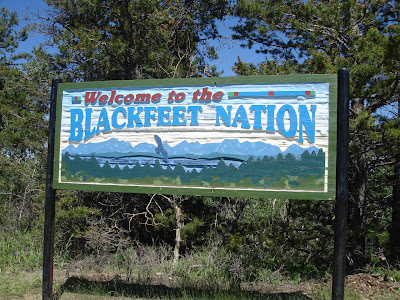 Cross and Arrows series
Book 1
Libby Brooks knew what she wanted out of life from a young age. Her sights set on following in her father's footsteps and joining his optometry practice, Libby works her way through college. But her well-thought out plans to intern at the best clinics are thwarted when she is assaulted and her attacker flees to the first city on her list, Los Angeles. Determined to finish college and graduate, she accepts a triple rotation at an Indian Health Service clinic in Montana. The last place her attacker will look.
Reuniting with his eight-year-old son was all River McMillan thought about after a road-side bomb ended his military career. If his ex-wife complies with their parenting agreement, he'll finally get the chance to be a good dad, everything his own father wasn't, even if it means staying single for the rest of his life. But he never expected to meet a blue-eyed intern fresh off the plane from California carrying her own set of emotional baggage.

River and Libby have no problem trusting God with their futures, but will learning to trust another person again aid in the healing they both need?


Book 2
Optometry intern, Libby Brooks, finds herself working in the eye clinic on the Blackfeet Indian Reservation in Montana. Struggling to overcome an ordeal that has left her broken and unsure of her future, Libby resolves to make the best of her situation. Recently engaged to River McMillan, a war hero who served in Iraq, she realizes she has found a new home and purpose until a tragedy almost ends her life. Fearful for their daughter, Libby's parents question her decision to stay. Though she's had to walk through the fire to finally become the person God created her to be, Libby is certain of His calling in her life. Her faith in the Lord, combined with River's undying love, heals her body and soul. She looks forward to the day when they become man and wife no matter what trials come their way.

Book 3
Newlyweds River and Libby McMillan are optimistic about their future. Libby has accepted a permanent position as a practicing optometrist at the Blackfeet Indian Reservation's eye clinic while River goes back to college to complete his final year in University of Montana's psychiatry program. With hopes of attaining his masters by summer, reestablishing a relationship with his young son from a previous marriage, and a baby on the way, River sees a bright future for his young family. But when two strangers come into town, their world is turned upside down by the events that follow. Will the McMillan's faith in God remain strong enough to see them through? 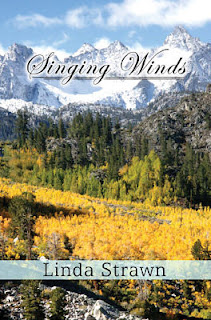 Katy Breyer lives with her father in the foothills of the Sierra Nevada Mountains. Her young life is happy and secure until her estranged mother takes custody of her and moves her to a city hundreds of miles away. For the next five years, she endures the neglect of her mother and the indifference of her stepfather. Her only happiness is in the care and friendship she receives from the servants who work in her stepfather's mansion. After a tragic accident claims the life of her mother and stepfather, Katy is reunited with her uncle who takes her to live with his family. She finally has the home and family she longs for but the unexpected friendship of a Maidu Indian boy will test her faith in God and force her to make a decision that will change her life forever.
Singing Winds ISBN# 1-4241-6593-8
Five heart rating from the Romance Studio:
"SINGING WINDS, an appropriate title. I loved it! This amazing slow moving saga starts out on a sad note and tears at the heart strings. Emotions overflowed throughout the story. Devastated at what was happening in her young life, Katy still learned many ways to appreciate affection. One part in particular moved this reader to tears when a miracle happened with Jesse, our brave hero, who will always have a warm spot in my heart. The suspense held me like a magnet drawn to metal."